In the 21st Century, we have many different choices of entertainment. Cinema, Theatre, Art Galleries, TV, Sport, Youtube videos, blogs, vlogging, online conferences and exhibitions (expos), watching film through Lovefilm or Netflix, TED Talks. However, for deaf and hard of hearing people, accessing these things can be a minefield. Some deaf people are unaware of the different types of access they can get; whilst others are not sure of their rights when it comes to being denied access to a service. If you are not getting good service and can’t access something, you have every right to lodge a formal complaint against a company.

For Cinema, the one stop information source for the UK is Yourlocalcinema.com, which has been up and running since the late 90s. It provides listings for subtitled and audio-described showings of films – at your local cinema, or at least one of the nearest cinemas. Cinemas have upped their showings of subtitled films in the last decade, although the service is far from perfect. For example, many showings are in working hours during the week, or on Sunday afternoons.

There is a lack of communication between staff at some cinemas, resulting in mistakes, such as a film being screened without subtitles. In these cases, it is always within your right, as a paying customer, to leave the screening and ask that they restart the film with 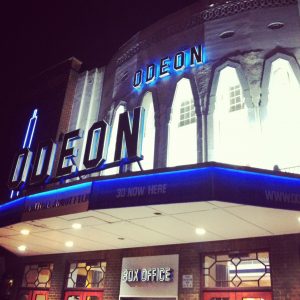 subtitles. If they don’t or can’t restart the film, then you can ask for a refund or for free tickets for another subtitled showing. There are also new advances in technology, sadly stalled at the present time, such as subtitle glasses and rear-window captioning, both American inventions, which may revolutionise cinema for deaf and hard of hearing people.

Lovefilm and Netflix are both unreliable when it comes to subtitling films online. Lovefilm is also hit-and-miss for providing information about whether the DVDs it provides are subtitled; in the past DVDs have been delivered, only to find out that they lack subtitles. Netflix is slowly improving, though not at the rate you would expect given that most films, DVDs and Blu-Ray discs come with subtitles. Youtube’s automatic captions hardly work; but I have found approaching bloggers and vloggers to raise awareness of subtitling can often encourage them to subtitle their videos to reach a wider audience.

For example, a well-known blogger, Elle Cunningham on her Youtube channel Just Being Belle, has committed to subtitling most of her videos, and therefore reaching a wider audience. TED Talks are usually subtitled in English when they are uploaded on the TED website. To access subtitles for the TED Talks, you need to start the talk, hover your arrow over the screen, and click on [20 Languages] or however many languages, and choosing English.

There is an up and coming new alternative, Films14 – a film subscription service which provides 100% captioning and subtitling, and eventually the in-vision option of interpreting. It is being developed and has a launch date of January 2014. This service promises to be something that will change things for the better. It is positive to note that people are taking matters into their own hands and developing ideas to change access for the better.

For theatre, Stagetext is the place to go for theatre captioning. They have information about West End shows, and caption performances around the UK. Many theatres also have in-house captioners, such as Chickenshed Theatre, The Unicorn, The Royal Shakespeare Company, The Old Vic – all Stagetext trained. Captioning is text and text sound effects that come up on a box next to or integrated into the set, so that deaf and hard of hearing patrons can access the performance. Captioners manually press a button in sync to each sentence on stage after prepping the script for the performance.

There are also sign-interpreted performances available. There are a variety of different ways that theatres use sign-interpreting. For example, there is the conventional method, where an interpreter is at the side of the stage, interpreting a performance. There is also integrated sign-language, where a performance may employ the use of sign into the show itself. For example, Deafinitely Theatre, Chickenshed Theatre, Graeae, Signdance Theatre, Def Motion and Handprint are all examples of companies that often use integrated BSL or SSE in their performances (aiming to be accessible to both hearing and deaf audiences). SPIT, Signed Performances in Theatre, works with theatres to advise and monitor the use of sign interpreting. They list sign-interpreted and captioned performances on their website.

There are a few art galleries and museums in London that hold lipspeaking and BSL-interpreted tours and talks of their current and permanent exhibitions. Some museums, when asked, also provide transcripts of audio information provided to hearing people via headphones. There is a listings website that shows talks, tours and exhibitions from galleries and museums: Magic Deaf. It is always worth checking gallery and museum websites for access information too. The Royal Academy of Arts, for example, holds regular BSL interpreted, speech-to-text (similar to live subtitling) and lipspeaking talks and tours, and provides neckloops for their hard of hearing patrons. Get in touch with their access officer at access@royalacademy.org.uk

At some festivals, BSL-interpreting is often available for talks, music performances and theatre, and you can often request that talks and performances are interpreted in advance, depending on the festival. For example, Glastonbury Festival has Deafzone, a BSL interpreting service. However, I would also urge people to raise awareness of other ways that deaf and hard of hearing people can access festivals, such as speech-to-text and lipspeaking – bringing this up with festival organisers. Particularly for literary festivals or festivals that include talks, it is important to stress the variety of ways that people can access these events. Festival Republic has a page that takes you to the access information for various festivals.

Lizzie is a deaf journalist, writer, blogger and creative professional. She is working on various writing projects, including writing her first two novels, and editing and writing articles for Deaf Unity. Interested in social networking, social research and breaking down barriers for deaf people, she hopes her work with Deaf Unity will encourage more people to strive for their dreams and push through the barriers within society. She has a keen interest in the Arts, loves to read, and dreams of travelling to far flung places.