I hadn’t necessarily considered the challenges that would come with learning British Sign Language (BSL) when I first started communicating with other Deaf young people. As someone who was diagnosed as dyspraxic at a young age, I didn’t necessarily think about the fact that the condition doesn’t help you out in the co-ordination and fine motor skills department.

In my case, catching and throwing a ball is particularly difficult, and I can write about a sentence or two by hand before it begins to ache and I have to rest it. Writing on a laptop is much preferred – especially w
hen I’m writing 1,000 words like in this article.

So, with a signed language where the finest movements are required to communicate a single word, you’d imagine that this dyspraxic individual would encounter some problems. However, surprisingly, it’s been incredibly accessible to me – especially when you consider that it’s an ‘unwritten’ language, so no aching hands on that front.

It’s also worth mentioning that dyspraxia can affect socialisation and communication; considering BSL takes a different – and dare I say it, ‘unconventional’ – approach, that too opens up options to me. For the longest time, I had (and probably still have, to an extent) the unfortunate issue of speaking before thinking, so having a language that forced me to take a bit more time (I had to recall my amateur knowledge of BSL) was incredibly useful. I’d argue my medication for my Obsessive Compulsive Disorder (OCD), which has helped to stem the flow of intrusive, distressing thoughts, has helped on that front, too.

While not the main focus of this article, I have to quickly point out that you are not “a bit OCD” for liking the stationery on your desk organised a certain way. Many people don’t realise that intrusive thoughts are a big part of OCD. We keep things clean and/or organised because we think a single germ could kill our entire family. In my case, my compulsion – asking people for reassurance – comes out of fear that I could be perceived as being a terrible human being by those who mean the most to me. My OCD tries on a regular basis to convince me that I’m a monstrous individual. It’s not quirky or cute; it’s demoralising and devastating.

With that out of the way, I should probably talk about how all that intertwines with my Deaf identity – something I wrote about recently for the sign language qualifications body, Signature.

In particular, I referred to a term credited to campaigner Artie McWilliams – ‘deaf anxiety’. The phrase, coined back in 2017, relates to the feeling that comes with mishearing something and fearing judgement by hearing people. In McWilliams’ own words: “If I miss something, people will look at me and go, ‘Why doesn’t he respond’. In those moments I know that I’m overthinking it, and I know that I’m being paranoid, but I can’t shut it off.” 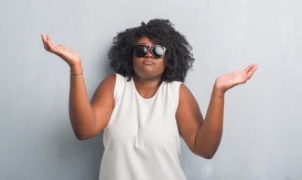 Anxiety is a feeling that my OCD loves to latch onto. Any unease around potentially doing something wrong that could make me look bad – my mind has a field day. If I’m worrying about mishearing something, ignoring a hearing person or asking someone to repeat themselves, my OCD can get particularly loud. It’s why having patience around communicating with Deaf people is so important, as is an awareness of intersectionality[1].

Not only that, but there’s every chance that other diagnoses can come along in time, too. Deaf people know that all too well when it comes to fluctuating levels of deafness. Heck, in my case, I long thought I was mildly deaf, but a private and more in-depth hearing assessment placed me in the moderate-to-severe category.

More recently, I was diagnosed as autistic at the end of September, something I had long wondered, but never had officially confirmed (when I was diagnosed as dyspraxic, they only said that I had ‘traits’ of autism). What’s funny is that I talked about the similarities and contrasts between deafness and autism with my very good friend and fellow campaigner Ellen Jones in 2019; now that I have both identities, it’s kind of humorous revisiting that video and discussion almost two years later.

Most people are aware that for some autistic people, what’s particularly difficult is recognising body language and facial expressions – two things that are key components of sign language. Again, you’d expect this to be another significant challenge for me, but it’s quite the opposite. Signing requires sincerity and emphasis with certain signs, and I do wonder if that helps me recognise, clear as day, that a Deaf individual feels a particular way as they’re communicating to me. Deaf people tend to be particularly emotive individuals, after all!

Another issue that springs to mind as I write this is my discomfort in crowded areas. Sometimes, it’s fine, but in other instances, it is overwhelming. If this is in a room of crowded, hearing individuals, then Deaf people and autistic people share the same concern, but in my case, I can also feel that same level of unease (almost claustrophobia) around crowds of Deaf people. It’s almost as if I need a physical breathing space. 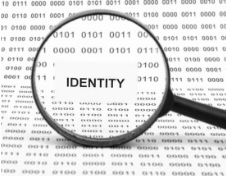 Intersectionality and the Deaf Community

This is important to understand as a Deaf community. Intersectionality when it comes to disabilities can compound challenges experienced in another area, in addition to working together in particular ways. I think there is a temptation around accessible spaces to think a Deaf space is accessible to community members if there are interpreters, palantypists etc., but we must always consider other disabilities that can intersect with deafness.

After all, if we are to come together and unite as a Deaf community to bring about change, then we must do so as an entire community, and that includes Deaf people with additional special needs – that intersectionality must be recognised to ensure meaningful action.

[1] Intersectionality is an analytical framework for understanding how aspects of a person’s social and political identities combine to create different modes of discrimination and privilege. (https://en.wikipedia.org/wiki/Intersectionality, 11th November 2021)

For further discussion of Intersectionality in the Deaf Community, take a look at Deaf Unity’s Deaf Futures interview with Abigail Gorman.