‌“It would be easier if everyone signed the same language” 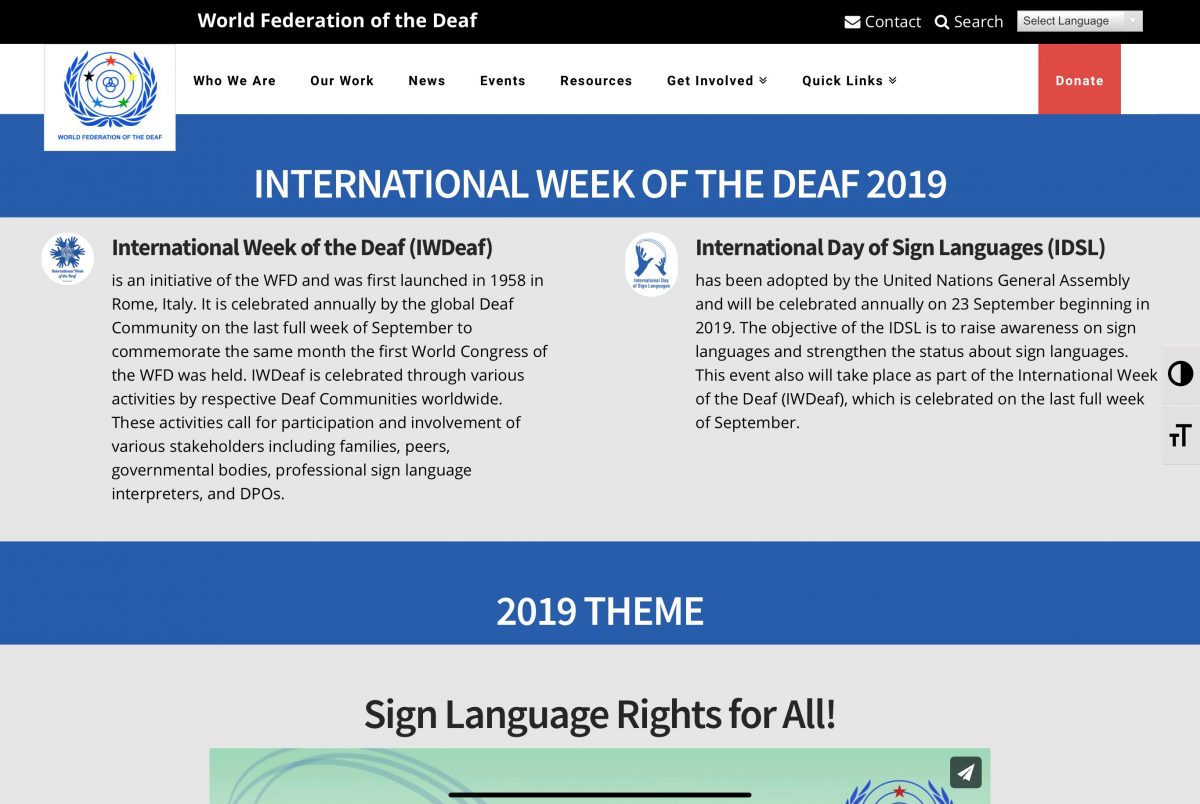 International Week of the Deaf (IWDeaf)

These questions come up often, but never more often than during weeks such as this – International Week of the Deaf (IWDeaf), September 23 – 29, 2019. This celebratory week is ‘an initiative of the WFD (World Federation of the Deaf) and was first launched in 1958 in Rome, Italy. It is celebrated annually by the global Deaf Community on the last full week of September to commemorate the same month the first World Congress of the WFD was held. IWDeaf is celebrated through various activities by respective Deaf Communities worldwide. These activities call for participation and involvement of various stakeholders including families, peers, governmental bodies, professional sign language interpreters, and DPOs.’ link here

This initiative has gained traction in the mainstream, bringing it extra focus and attention, with September 23rd being adopted by the United Nations as the International Day of Signed Language (IDSL). The intention of this spot-light day is to raise awareness of sign language and the status about sign language.

Is A Standard or International Sign Language the Goal?

It is ironic that a day and week established to celebrate the diversity and richness – and prevalence – of Deaf people and their signed languages across the globe should then result in people calling for a unification of languages, an homogenisation of languages ‘to make it easier’. One of the Guiding Principles of the originator of this occasion – the World Federation of the Deaf (WFD) – is Respect For Linguistic Diversity. On this, the WFD states that it ‘works tirelessly for the recognition of, respect for and promotion of sign languages as part of human diversity and aims to improve the status of national sign languages.’ Guiding Principles 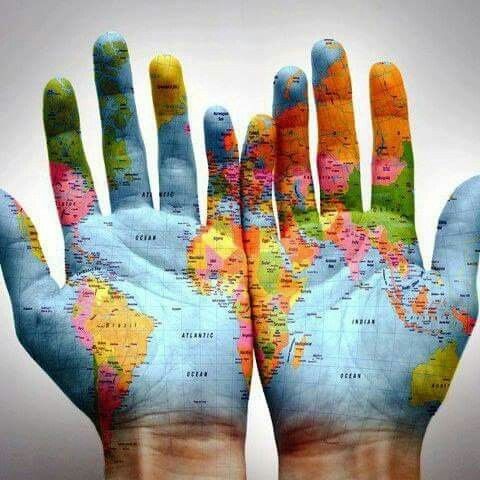 Indeed, the WFD promote, protect and preserve the diversity of the 300+ signed languages of the world when people – even Deaf people themselves – suggest eradicating the rich diversity of individual signed languages. In 2009, in response to calls for a unification of signed languages in the Arab region, the WFD pushed back with a press release which can be read here. In this press release, the WFD highlighted that there were 22 countries and ‘many more indigenous Sign languages in the region’. They stated clearly such a step is a ’violation of the linguistic human rights of Deaf people in the region and an unwanted interference with linguistic diversity’. It went further to state: ‘(the) WFD Board wants to state firmly that any forcible purification or unification of Sign Languages, conducted by governments, professionals working with Deaf people and organisations for or of the Deaf, is a violation of the UN and UNESCO treaties, declarations and other policies, including the recent UN Convention of the Rights of Persons with Disabilities… Every sign language in the world, like any spoken language has its own heritage, history, culture and traditions…’

In the 1970’s the British Deaf Association attempted to create a standardised artificial language called ‘Gestuno’ – which was wholly abandoned and put in a drawer. Supporters of IS are clear to state that IS is not a neo-Gestuno, rather a system that allows cross-communication in very specialised contexts, by a very specialised group of users. They also state that IS itself and its usage needs further study and discussion.

What is interesting is that IS can vary depending on who is using it. Deaf people from different places use different signs, yet all is called IS. A signer with a background in ASL will sign a more ASL-heavy form of IS. Equally, someone from Europe will sign with more lexicon and influence from their mother-sign language.

There has been a call to stop the use of IS at international meetings as it erodes and undermines the core objective of many of these meetings: preserving the individual identity of marginalised people, which includes their culture and language. Rather than IS, many have proposed adopting one ‘actual’ sign language – such as ASL – as a lingua-franca, in the same way that most international conferences are conducted in English.

Why the call to standardise?

Is it an attack from the ‘outside’ or a form of linguistic-genocide. No, in most cases it is nothing so sinister. It is often due to a lack of understanding, a level of ignorance on the part of language learners, and an honest desire for a cohesive and thriving global Deaf Community.

The WFD led the charge in pushing back on this ‘well-meaning’ suggestion to standardise globally, and even at a regional or national level. In their 2014 Statement of Standardised Sign Languages they make clear that ‘deciding on one single word or one sign for a concept (results in ignoring) the natural variation of the language.’ They make clear that attempts to create dictionaries with the ‘agreed’ sign ‘is an incorrect approach because this does not reflect how natural languages have variation.’ It makes the point that ‘some people believe that there should only be one sign for one word or one concept, which is wrong both from an everyday, lay and from an academic perspective. It is important to note that spoken languages do not have one word for one concept either (for example, in truck/lorry, elevator/lift)’

It also references it’s own statement on the Unification of Signed Languages seen here in full which notes negative language standardisation practices such as:

So what’s the take-away?

The IWDeaf and IDSL celebrations were created to raise awareness of sign language and its rich diversity and heritage and should be seen as such. Rather than seeing the diversity of signed languages as an inconvenience, or even as ‘yet another barrier for disabled people to overcome’, it should be seen with parity to the diversity of spoken languages: a thrilling and provoking challenge for the curious and inquisitive; a fascinating window into other cultures and an opportunity to walk down the valley and up the other side to learn something about another human being.

Deaf Unity believes in the Mission and Guiding Principles of the WFD and it’s work to celebrate, empower and nurture signed languages and Deaf Communities across the globe. If you have an article that you would like to write to share with the Community, please email us If you would like to learn British Sign Language, contact us