Lizzie is a regular contributor to Deaf Unity’s articles. Here, she shares her personal journey navigating the world of identity and diagnoses, as a deaf person.

In 2020, lockdown and the resulting lack of social contact, coupled with what at the time I considered possible burnout and depression, led me to seek counselling with Deaf4Deaf, an excellent therapy service for deaf and hard of hearing people. I’d been needing therapy for a while, and the introspective nature of successive lockdowns meant that I found myself ready to seek that help. 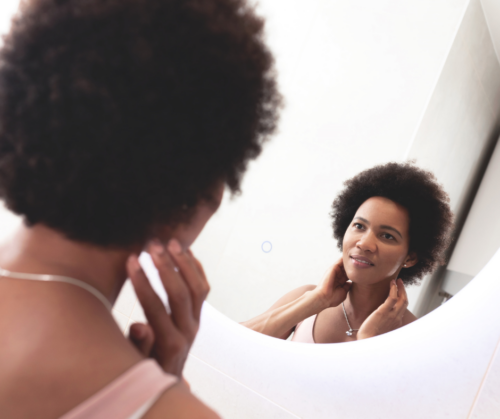 It wasn’t until well into my therapy, around a year later, that my therapist suggested I might be autistic. I’d already been thinking about this for a while – a friend had ADHD and I’d looked into it briefly, wondering whether I could have it, but it didn’t go anywhere at the time.

My therapist picked up on this because after a year of therapy, there was still a sense of resistance to some of the changes I’d ordinarily need to make. My progress was slow and even though I’d learnt a lot about myself and had healed some of the past hurts and experiences I’d been through, there was still this feeling of something missing.

I struggled with executive functioning – having the energy (or ‘spoons’) to do a number of things that other people might not struggle so much with. I’d found friendships difficult my entire life – partly because of being deaf, but also because I experienced rejection sensitive dysphoria (RSD), understanding people’s motives and assumptions (a lack of clarity), and actual rejection from people who didn’t understand me.

I have a number of passions that some might classify as ‘special interests’, and I’ve always been someone who stubbornly insists on teaching myself things (otherwise known as being an autodidact). I’ve been told I’m too sensitive and ‘shy’ for most of my life.

I finally realised I struggle with the intensity of eye contact – I can do it if I need to and having to lipread has forced me to look at people anyway – but it’s uncomfortable and feels too intense for me a lot of the time.

The issue was that I didn’t really know at the time that autism presents differently in almost every autistic person.

As I did more research, I understood that I could also have ADHD. Some of the autistic traits didn’t feel they applied to me – in some cases exactly the opposite, and of course being deaf masked a lot of traits too. For example, I don’t necessarily have any, or few, sound sensitivities. I’m also fairly good at reading people, body language, and ‘vibes’ – but more so because of being deaf and observing people.

Learning about autism and ADHD, both from literature and from the autistic and ADHD community, has completely changed my understanding of what society commonly assumes they are. 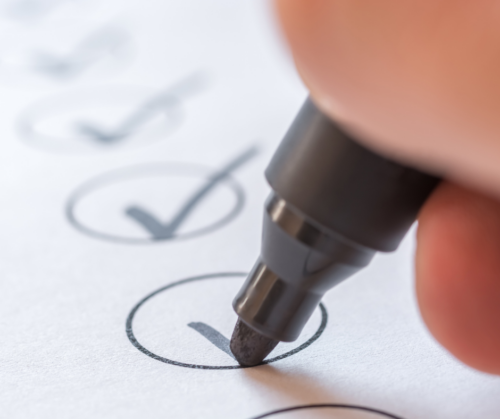 What does it mean to be autistic?

In medical diagnosis and in society, autism is defined by ‘deficits’ and the instances of behaviour that ‘inconvenience people’ or that are seen as ‘odd’. This type of language and perspective doesn’t take into account the internal sensation of being autistic or having ADHD, or both. It also doesn’t allow for different presentations of either. In our society, when people think of autism, many think of stereotypes of people who are autistic and have learning difficulties, or people who are geniuses but socially awkward, or people who lack empathy and are, again, geniuses.

Our conception of an autistic person tends to be white, male, and a child, or white, male, and an adult like Sheldon (The Big Bang Theory) or Rain Man. Not that there’s anything wrong with people who are as described, but this presentation of autism is not always the norm. In fact, it’s possible that this has muddied the water for autistic boys and men who don’t present that way, who may have found life difficult but haven’t had support because they don’t act or seem as if they have the traditional or so called ‘obvious’ traits of being autistic.

Research into autism and ADHD has been historically led by researchers that also tend to be white academic men, and not autistic themselves. Their research has reflected that bias.

Recently, there has been more research led by women and autistic researchers themselves, and more of a focus on the variety and overlap between different neurodiverse traits and conditions.

In general terms, though, autism is a spectrum of traits. A spectrum, incidentally, is not a linear line from less to more, but is a wheel of traits, where a person may be more some traits and less of others.

The current medical definition has three general diagnosis points:
1. Social communication: issues with communication, initiating conversations, communication style differences (e.g. may be nonverbal, or hyper-verbal).
2. Social interaction: issues with relating to people or picking up on body language; some autistic people empathise in a different way (may struggle unless they’ve had a similar experience) or could be hyper-empathetic (very sensitive to others).
3. Social imagination: difficulties with changes in routine, change in general, different information processing (may need more time to form responses, for example), rigid thinking, justice sensitivity/strong sense of fairness, may be visual thinkers.

Sensory sensitivities are a relatively new thing for diagnosticians to consider but they include being hyper or hypo sensitive to stimuli and often to different degrees or even a mix – sounds, touch, taste, sight (light, colours etc.), smells – and may become overstimulated or even need more stimuli than most people.

In the case of a spectrum, think of a pie with segments. Each segment represents a trait or area of traits, such as: sensory sensitivities or a lack of sensory sensitivities (hyper or hypo-sensitivities), stimming (self-stimulating movements such as bouncing legs or fidgeting, for example), anxiety, social difficulty, difficulties with proprioception (sometimes viewed as clumsiness but also includes dyspraxia), routines and/or sameness (usually for autistic people, needing a sense of stability and safety, often found in routines but also in their approach to life). 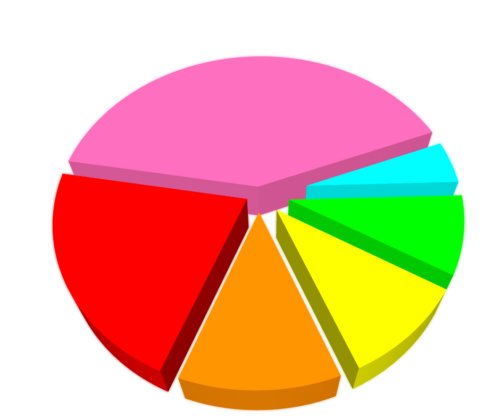 Simply put though, being autistic is a neurological and nervous system difference.

Similarly, ADHD is also a neurological and nervous system difference, and the traits can often overlap, especially with executive functioning difficulties, sensory sensitivities, hyper-fixations on new interests, rejection sensitivity, sleep problems, stimming, under and over stimulation, a ‘busy’ brain, amongst other traits.

We think of ADHD as being hyperactivity and disruptive behaviour, perhaps someone extroverted and impulsive, and sometimes that can be the case.

There are three types of ADHD currently recognised clinically, and they are: hyperactive-impulsive type, combined type, and inattentive type.

Hyperactivity doesn’t always manifest externally, though that can be common. It can show up as a brain that is always busy, always going fast and needing stimulation, impulsive behaviours, prone to boredom (lack of stimulation, whether mental or physical), struggling with sleep and maybe with other co-occurring issues like eating disorders or depression due to under-stimulation.

Inattentive type, on the other hand, is characterised by distractibility, lack of focus, planning issues (that pesky executive functioning), difficulties with losing things, forgetfulness, following instructions, time management, and sustained attention, amongst other things.

Inattentive type, the type I have, is also characterised more by internal hyperactivity – a brain that has too many tabs open, that can’t always prioritise or remember things easily.

Combined type is exactly that, some traits from both categories that present difficulties for people in different ways. 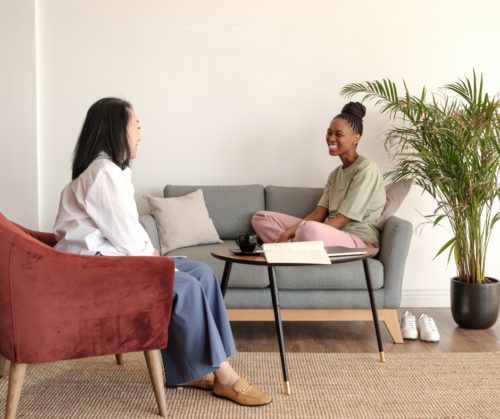 My journey so far

After my therapist suggested I was autistic, I sought a referral from the GP for an NHS diagnosis for both autism and ADHD. Unfortunately, diagnosis can take up to three years. I did have a pre-assessment by a professional (and expert) service before they referred me, at Mencap, as in my borough I’m lucky to have an adult autism service and referral team.

The assessor said that it is highly likely that I’m autistic and have ADHD, and told me not to wait to find out all I could, to make things easier for myself in day to day life. The organisation, Mencap, also hold workshops and support groups for adult autistic people, which I’ve been attending. It was a huge relief to be seen and validated, and to realise that I’m not alone.

Since then, I’ve been learning all I can. I’ve discovered that my often contradictory needs for stimulation and sameness can create difficulties in my day to day life.

ADHD wants variety and jumps from interest to interest, whilst my autistic self wants safety and comfort, long term interests, and not too much stimulation otherwise I get overwhelmed. I don’t do well with stress, and I’m quite an anxious person. The payoff, though, is that I have a brain that thrives on creativity and learning, that is curious and experiences a lot of joy. This, I feel, counterbalances some of the difficult things I experience.

At the age of 37, I’m rediscovering the parts of myself that I felt I had to hide (or ‘mask’) to be seen as an adult in a neurotypical world.

Lizzie Ward is a freelance writer and journalist, poet, and author of Fragments: Essays and Philosophies. She is a profoundly deaf, autistic person with ADHD (late-diagnosed), and thus has a number of writing and life interests ranging from intersections of identity and social justice, to culture and the arts, creativity and crafts, to speculative, magical realism, Sci-Fi and fantasy stories – with many stops in between. She currently lives in North London with her husband and their cat Coco, short for Chocolat. http://catsandchocolate.com